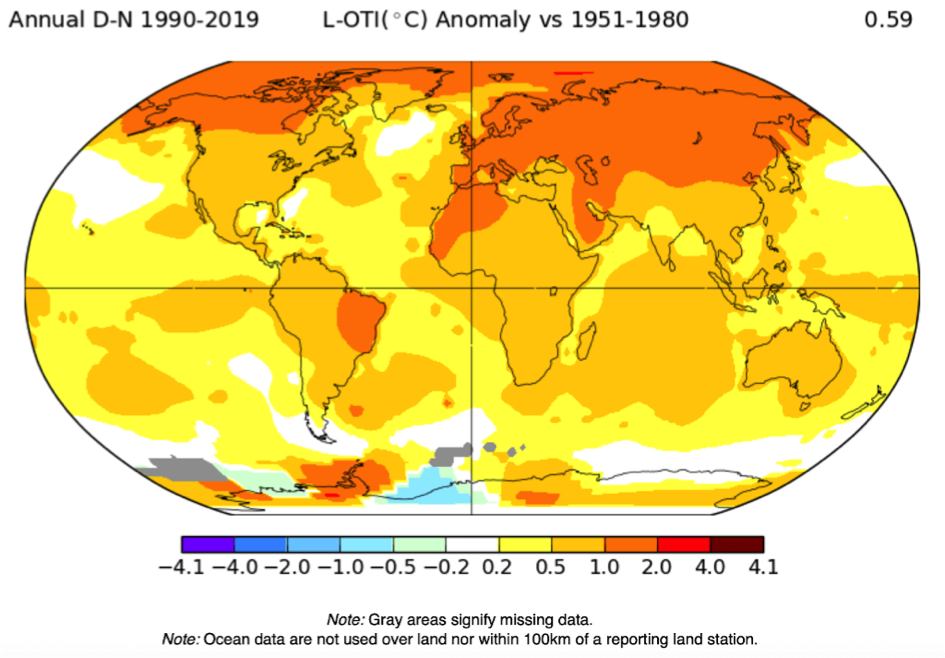 The World Climate Research Programme (WCRP) is organizing the Coupled Model Intercomparison Project (CMIP) since 1995. The overarching goal of this project is to make different models from institutes around the globe comparable by setting certain standards and defining experimental protocols. This way, every climate model projection runs under the same conditions. The CMIP model results highly influence international climate assessments and negotiations, like the Intergovernmental Panel on Climate Change’s (IPCC) assessment reports. The IPCC reports are written for policy- and decision-makers as well as for the general public and give information on past, present and future climate changes.

For the sixth phase of the Coupled Model Intercomparison Project (CMIP6), around 50 institutes worldwide have made their contributions. The Alfred Wegener Institute Helmholtz Centre for Polar and Marine Research (AWI) also participated for the first time, using the AWI Climate Model (AWI-CM). In a recent overview paper published by AWI scientists, the authors describe the main properties of AWI-CM and give an evaluation in the context of the CMIP6.

AWI-CM is composed by the in-house developed Finite Element Sea Ice-Ocean Model version 1.4 (FESOM1.4) coupled to the atmospheric model ECHAM6, developed at the Max-Planck Institute for Meteorology (MPI-M) in Hamburg. The FESOM model is unique in its kind, as it features a numerical implementation based on unstructured meshes. This allows to increase the spatial resolution of the ocean model in specific regions of interest, while other less dynamic regions maintain a relatively coarse resolution. Because not many models are capable of doing this, AWI-CM represents “an important contribution to the diversity of the CMIP6 ensemble”, as the authors state.

Variable Spatial Resolution of the FESOM MR grid that was applied for simulations in this study.

Several DECK and ScenarioMIP simulations have been performed with AWI-CM following the CMIP protocol, as described in the overview paper. The idealized and historical forcing simulations of the DECK ensemble have been branched off in a way from the piControl simulation that every year of the sensitivity simulations has a corresponding year in the piControl simulation. To account for a possible model drift, the climate change signal has been computed following the delta approach. All AWI-CM simulation data is freely available through the Earth System Grid Federation (ESGF) to make it accessible for others worldwide.

Some long-standing model biases are still present, e.g. a warm bias west of Africa or a too zonal North Atlantic current. In return, AWI-CM proves to represent the North Atlantic Ocean temperature profile as well as Antarctic sea-ice concentration well compared to other CMIP models. Compared to the Max Planck Institute for Meteorology (MPIM) model contribution to CMIP6, sea-level pressure and vertical profiles of zonal winds are better represented in AWI-CM while other parameters are better represented in MPIM model. The effects of increased greenhouse gas emissions are pretty similar to the CMIP5 ensemble in AWI-CM. The equilibrium climate sensitivity is 3.2°C and therefore similar to the multi-model mean of CMIP5 and slightly lower than the multi-model mean of CMIP6.

Still, there are some open questions left that require further investigation. The weakening of the Atlantic Meridional Overturning Circulation (AMOC) is less pronounced than in the CMIP5 multi-model ensemble. Future research activities in collaboration with the MPIM are already underway to investigate if a higher ocean resolution is beneficial for reducing biases in the Southern Ocean linked to the misrepresentation of oceanic eddies and if the climate sensitivity depends on the ocean formulation.

Overall, the AWI-CM performs well compared to CMIP5 and CMIP6 models and can be regarded as a solid contribution to the CMIP6 ensemble.