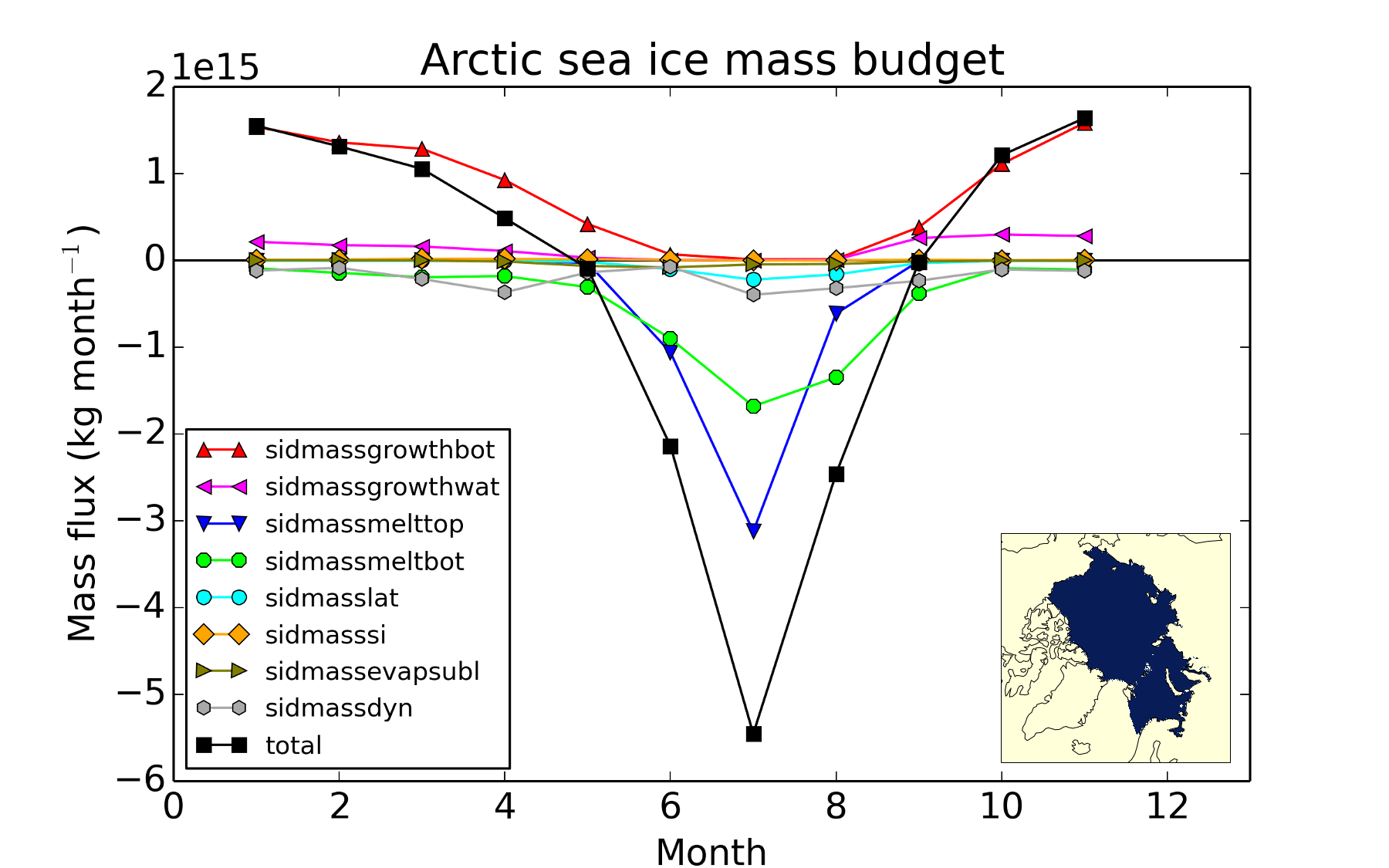 Sea ice is a key component of the global climate system, and a very visible indicator of climate change. Arctic summer sea ice cover has declined at a rate of over 13% per decade since satellite observation began, and there is much interest in how this decline will continue in the future. Global coupled models are arguably the best tool we have for making future projections of Arctic sea ice, but generate a wide spread of projections of future decline.

Several previous CMIP analyses/studies have attempted to decrease the spread of plausible future projections by sub-selecting models based on their ability to simulate current day sea ice and/or past observed changes. However, such an approach ignores the considerable influence of internal variability in the Arctic climate system as well as the existence of cancelling errors in models and the potential for these to change in climate simulations as the system warms.

Comparing frequently analysed integrated quantities - such as ice extent and volume - alone is not sufficient to understand the reasons for differences in model projections. It is becoming increasingly clear that it is also necessary to consider, compare and evaluate the underlying processes causing ice growth and decline, and how they are likely to change in a warming world.

For CMIP6 models, the extra sea ice budget diagnostics that are included in the SIMIP data request (Notz et al., 2016) will allow much easier inter-model comparison of these underlying processes via an evaluation of the sea ice mass/volume budget. Improved knowledge of the sea ice volume/mass budget in climate models will help us to better understand the spread in climate simulations and the drivers of Arctic sea ice decline.

We propose that an extension of the analysis of K&B18 is performed using a number of CMIP6 models, and the results submitted to a peer-reviewed journal in time to be considered for inclusion in the IPCC AR6 report. The aim would be for participating modelling centres to calculate area-weighted monthly mean mass budget terms, along with the volume, mass and area of ice and snow over a defined region of the Arctic for the period 1960-2100. The broad plan would then be to compare the following:

What we do after this will depend on the results – what interesting changes are found? Can these be traced back to particular parametrisations or known limitations/biases of particular models?

We propose to evaluate the budgets of the snow and ice separately where possible, but also to consider the combined budget as in K&B18. Modelling centres can choose only to calculate the combined budget if they prefer. Analysis will initially focus on the Historical and SSP5-8.5 scenario runs.

The following SIMIP monthly diagnostics will be used:

Ice and snow state: For the sea ice budget: For the budget of snow on sea-ice:

Since each modelling centre is most familiar with their own model and grid, we propose that participants supply the following as monthly means for each month of each year from 1960 to 2100 inclusive, from the historical and scenario simulations – with priority given to the SSP5-8.5 scenario. Any terms that are not relevant (for example processes not explicitly modelled) should be left as zero.

The Met Office has supplied the following:

If you are interested in participating in this budget inter-comparison activity, then please contact either Ann Keen or Ed Blockley.